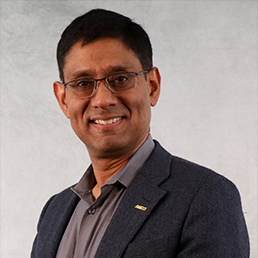 Prith Banerjee is the Chief Technology Officer of Ansys. He is responsible for leading the evolution of Ansys' technology strategy and will champion the company's next phase of innovation and growth. Previously, he was Senior Client Partner at Korn Ferry where he was responsible for IoT and Digital Transformation in the Global Industrial Practice. Prior to that, he held leadership positions at Schneider Electric, Accenture, ABB and HP. Formerly, he was Dean of the College of Engineering at the University of Illinois at Chicago, the Walter P. Murphy Professor and Chairman of Electrical and Computer Engineering at Northwestern University, and Professor of Electrical and Computer Engineering at the University of Illinois at Urbana-Champaign. In 2000, he founded AccelChip, a developer of products for electronic design automation, which was acquired by Xilinx Inc. in 2006. During 2005-2011, he was Founder, Chairman and Chief Scientist of BINACHIP Inc., a developer of products in electronic design automation. He was listed in the FastCompany list of 100 top business leaders in 2009. He is a Fellow of the AAAS, ACM and IEEE, and a recipient of the 1996 ASEE Terman Award and the 1987 NSF Presidential Young Investigator Award. He received a B.Tech. (President's Gold Medalist) in electronics engineering from the Indian Institute of Technology, Kharagpur, and an M.S. and Ph.D. in electrical engineering from the University of Illinois, Urbana. 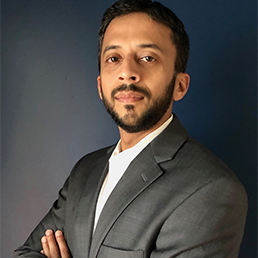 Sameer Kher, M.S., M.B.A., is a leader in the technology industry with over 15 years of experience with creating successful software products. He is currently Senior Director, Product Development at Ansys, where he is responsible for Digital Twin and System Simulation activities. Most recently, Sameer was responsible for the conception and launch of Twin Builder, an award winning, first-of-its-kind product that enables the use of simulation in operations. He has a background in engineering with a BS in Electronics, an MS in Computer Engineering and an MBA from Carnegie Mellon University. 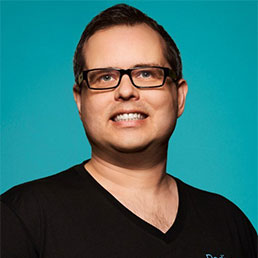 Ciaran has over 20 years IT experience with 15 years in Senior IT and Architecture roles with a strong focus on creative solutions to problems using technology and is currently working as part of our CTO Office creating new products and working to start up our software factory.

He has a both a Undergraduate degree in Information Systems with a specialization in AI Languages, a degree in digital art and music, as well as a very full folder of certifications.

Ciaran spends a lot of his time getting excited about technology, looking for opportunities to learn new things, and spends too much time trying out new products, and is involved in way too many community groups mentoring small companies and waving his hands around excitedly. 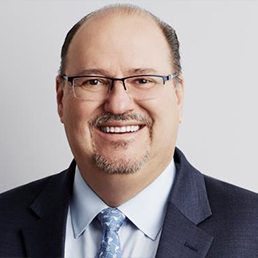 Mr. William Ruh is the Chief Executive Officer for LendLease Digital. In this role, he is focused on building out advanced automation and analytics capabilities, as well as driving the global strategy, operations and portfolio of digital services across all of LendLease businesses. Prior to joining LendLease, Mr. Ruh was the CEO of GE Digital and the Chief Digital Officer for GE. He grew the overall GE digital sales 2.5x and established the GE Digital business unit. Mr. Ruh is an accomplished author of four technical books and a frequent speaker on such topics as industrial Internet, IoT, Industrial AI and ML and Digital Industrial Strategy. He serves on Advisory Boards for the California State University, Fullerton School of Engineering and Computer Science and the University of Virginia Department of Systems Engineering. He earned a bachelor's and master's degrees in Computer Science from California State University, Fullerton. 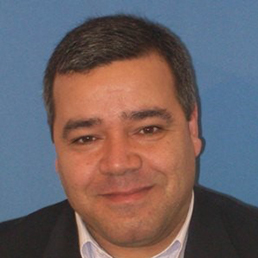 Dr. Said Tabet is the Lead Technologist for IoT and Artificial Intelligence Strategy at Dell EMC. Said is a member of the Object Management Group Board of Directors and the Principal Dell Technologies representative to the Industrial Internet Consortium and member of its Steering Committee. Said is Chair of the INCITS Secure Cloud Computing Ad-Hoc Group, and ISO Editor of the Cloud Security SLA project. Said is leading Deep Learning testbed activity within the IIC. Dr. Tabet is also a member of the Cloud Security Alliance International Standardization Council.

With over two and a half decades in the industry, Said played the role of a technology advisor to a number of large multinational companies. Said contributes to technology innovation forums, guides startups through mentorship and coaching, is himself an entrepreneur and a supporter of industry efforts encouraging new technology adoption in multi-disciplinary environments. Said currently focuses on Artificial Intelligence, Industrial IoT and Deep Learning exploring challenges in Smart facilities, Manufacturing, Utilities/Energy, Connected vehicles, IoT Security, Big Data Analytics, Model-based engineering, and future technology innovation. Dr. Tabet is a regular speaker and panelist at industry conferences and international standards meetings, co-founder of RuleML, Artificial Intelligence and IoT Expert, as well as author and editor of several book series and articles. Said worked closely with W3C founder Sir Tim Berners Lee and with other globally recognized technology leaders. 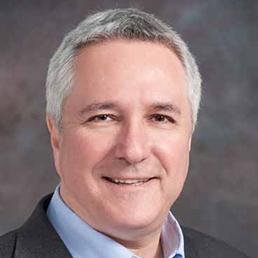 Ron Zahavi is Chief Strategist for IoT Standards, Microsoft Azure IoT. Ron has extensive experience managing technology and strategy, business transformation, and integrating software and applications to meet business requirements. His breadth of experience includes work in commercial and public sectors, with startups and large companies, with Federal and State agencies, and with private equity. Previously he was a Senior Enterprise Architect in the Enterprise Strategy Business within Microsoft Consulting Services and prior to Microsoft led his own strategy consulting company and spent several years in CTO, CIO and Chief Architect roles managing technology across several companies and performing due diligence of potential acquisitions.

Ron represents Microsoft in several Standards organizations and Consortia. He is on the OMG board of directors, leads the Microsoft internal IoT community and was a member of the OpenFog board of directors. He is also member of the IoT Solutions World Congress program committee, co-chairs the IIC Security Applicability task group and is a co-author of the IoT Security Maturity Model.

Ron's work with IoT spans 18 years including the creation of the architecture for an IoT platform that drove the acquisition strategy at a private equity company. His IoT project experience includes city flow meters, energy supply chain, electronic border fence, bio surveillance, and others. He is an internationally recognized speaker and expert panelist on IoT, systems integration and business architecture, and a published author and co-author of several books including Business Modeling: A Practical Guide to Realizing Business Value. Ron received his Bachelors of Science in Electrical Engineering from the University of Maryland and Masters in Computer Science from the Johns Hopkins University. 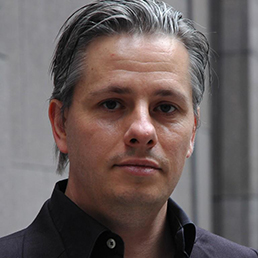 Erich focused on the automotive and manufacturing verticals throughout his career, representing Microsoft in the OPC Foundation's Marketing Control Board and its Technical Advisory Council. Currently, Erich represents Microsoft in Plattform Industrie 4.0 and the Clean Energy and Smart Manufacturing Innovation Institute (CESMII). Erich holds two Masters degrees and a Bachelor's degree in Computer Science from Trinity College, Dublin. 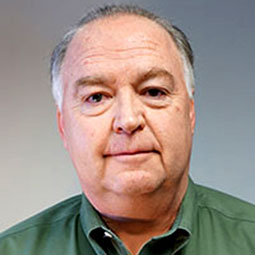 As Chairman and CEO , Bill is responsible for all of the business of the OMG, including Board activities and oversight of the OMG's neutral and open Technical Process. Bill has been with OMG since 1989 and has worked in the computer industry in the areas of advanced hardware and software for over forty years. A frequent industry speaker, he is knowledgeable on the latest trends in Industrial IoT, Digital Twins, Augmented Reality and sustainability.

A frequent industry speaker, he is very up-to-date on the latest trends in Distributed Computing and very familiar with industry studies and market research related to the OMG's work. 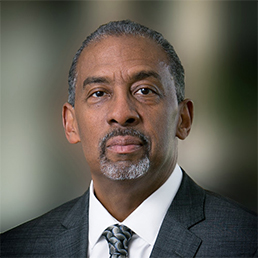 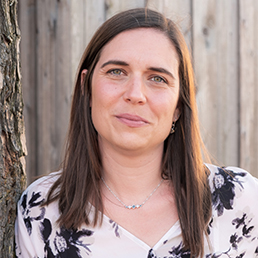 Laura Szypulski is Director of Digital Transformation Strategy for Northrop Grumman Mission Systems. She is responsible for setting strategy and vision for the organization with respect digital transformation, including advanced modeling & simulation, DevOps, Lean-Agile, IIoT, digital thread, and digital twin. Ms. Szypulski has over 14 years' experience at Northrop Grumman developing and delivering novel, complex systems for the United States Department of Defense. Prior to her time at Northrop Grumman, she also gained software development experience in the broadcasting industry, working for ESPN, Inc. and the British Broadcasting Corporation (BBC). Laura earned a bachelor's in Computer and Systems Engineering from Rensselaer Polytechnic Institute and a master's in Systems Engineering from Johns Hopkins University. 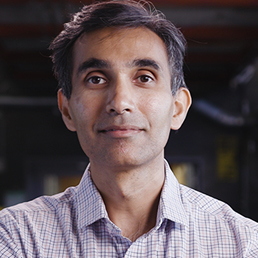 Srinath is responsible for Industry Strategy for the Design & Manufacturing business at Autodesk. Srinath has over 24 years of experience in the Mechanical CAD industry, 20 of which are with Autodesk. Prior to his current position, Srinath held a variety of roles across Strategy, Inventor Engineering, and Business Models & Pricing. As Strategy lead for Design & Manufacturing, Srinath drove business growth for Fusion 360; formed meaningful relationships with market-leading partners such as Haas Automation, Apple, Microsoft, McMaster, Protolabs, and Xometry; created new business models for our product lines; established innovative new processes to gain richer insights from analytics. 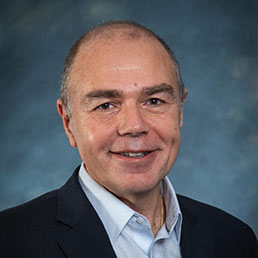 Nicolas Mangon is Vice President of AEC industry, business and marketing strategy, at Autodesk, a multinational software corporation, which he joined in 2003. As an accomplished structural engineer, Mangon infuses his industry expertise in the continued development of innovative solutions for architects, engineers and contractors to optimize the life-cycle management of their projects. He is also a leader of the global development of 3D visualization and the BIM process across the AEC industry. Mangon earned a Master of Science degree in civil and structural engineering from the Ecole Spéciale des Travaux Publics, du Bâtiment et de l'Industrie in Paris and a Master's degree in Engineering specializing in Water and Fluid Dynamics from the University of Le Havre. 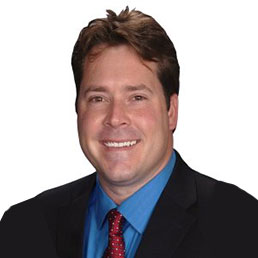 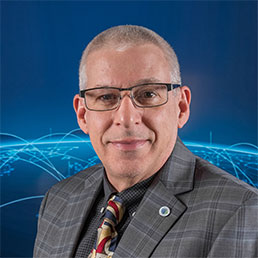 Todd has spent 40+ years in the security and life-safety industry. Specializing in the design and installation of high-rise fire alarms throughout the City of Philadelphia for more than a decade.

In 2004, Todd created the "National Accounts CAD Department" for ADT Security Services. He later introduced BIM to the department, and to the company. After the merger between Tyco International and Johnson Controls, Todd transformed the CAD Department into "CAD / BIM Services", and expanded the teams offerings to all things BIM, from product manufacturing to installation and service.

Todd moved the team into the world of Digital Twins in 2019, originally focusing on preparing the models for ingestion into the Digital Twin platform. Since then, his focus has expanded from working with the JCI Government Relations group on driving Healthy Building policies, to building Digital Twin awareness throughout the construction phase, and most importantly, the Digital Handoff. 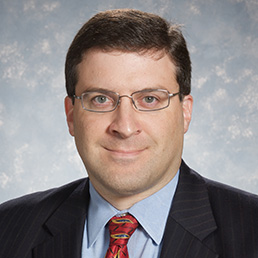