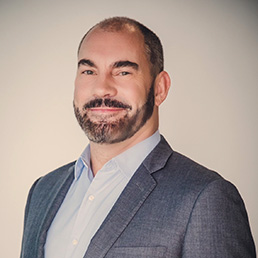 Chris is a transportation executive with over 20 years of experience in commercial operations, business development and product innovation.  In his current role as Director, Innovative Travel Solutions, at Vancouver Airport Authority (YVR),  Chris is responsible for developing and commercializing new technologies designed to enhance business value and to support the airport’s community and the economies that support it.

As part of his mandate, he leads the airport’s in house product development teams which are responsible for the airport’s BORDERXPRESS™ border control kiosk business and the airport’s recently-launched Digital Twin platform.  YVR has invested in digital twin technology to not only improve passenger experience, operational efficiency and logistics but to lead innovation outside of aviation, making YVR more than an airport by way of becoming the region’s  Gateway to the New Economy.

Chris is passionate about rethinking the meaning of digital transformation and ensuring a people-first strategy for developing and implementing purpose-build technologies and innovation. 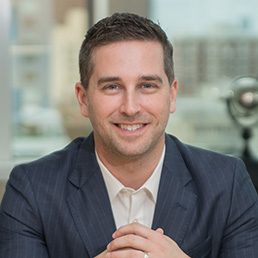 With an eye focused on the future, Tim Giuliani is advancing the pace of change and altering the perceptions of a region best known for tourism by re-conceptualizing the Orlando region’s economic future. As the President and CEO of the Orlando Economic Partnership (the Partnership), Tim is creating a new model for economic and community development that challenges the status-quo and establishes a new path forward towards broad-based prosperity for all.

Tim oversees the strategic direction of the Partnership’s initiatives which include economic development, advocacy and public policy, advancing transportation solutions and branding the Orlando region as a great place to do business. With core values centered on being visionary, inclusive, collaborative and disciplined, the Partnership is injecting fresh resources and perspectives while harnessing the strength of Orlando’s culture of collaboration and innovation in creating a new future for the region.

Tim is a Certified Chamber Executive (CCE). He’s served in volunteer leadership roles at the Association of Chamber of Commerce Executives, the Florida Research Consortium, and the U.S. Chamber of Commerce Council on Small Business. He’s a board member for the Central Florida Sports Commission and Visit Orlando. 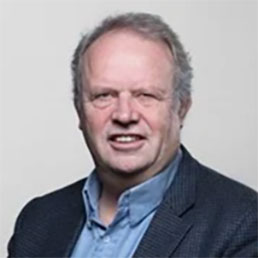 Arne J. Berre received his Ph.D. in Computer Science from the Norwegian University of Science and Technology (NTNU) in 1993 on the topic of an Object-oriented Framework for Systems Interoperability. He is Chief Scientist at SINTEF Digital and Innovation Director at the Norwegian Center for AI Innovation (NorwAI), and responsible for the GEMINI center of Big Data and AI. He is the leader of the EU BDVA/DAIRO TF6 on Technical priorities including responsibilities for data technology architectures, data science/AI, data protection, standardisation, benchmarking and HPC. He has been in the technical lead of more than 30 European projects. He has been involved in the development of various standards for Interoperability – including Geographic Information services with OGC, CEN/TC287 and ISO/TC211, ISO 19103 and 19119, and been in lead in the standards development teams of the OMG standards of SoaML, VDML, General Ledger and Essence. He is the lead of the Norwegian committee for AI and Big Data with ISO SC 42 AI and a member of ISO SC41 IoT and Digital Twin. He has more than 100 scientific publications and has been involved in the organisation of a number of international conferences and workshops. He is the technical coordinator of the DataBench project on Big Data and AI Benchmarking and the COGNITWIN project on Cognitive and Hybrid Digital Twins for the process industry. He is the scientific coordinator of the European ILIAD Digital Twin of the Ocean project connected to Destination Earth and EU Green Deal and the United Nations Ocean Decade 2020-2030 Digital Twins of the Ocean program (DITTO).